EHang Short Attack: What Does Insider Transaction And Short Selling Data Tell Us? 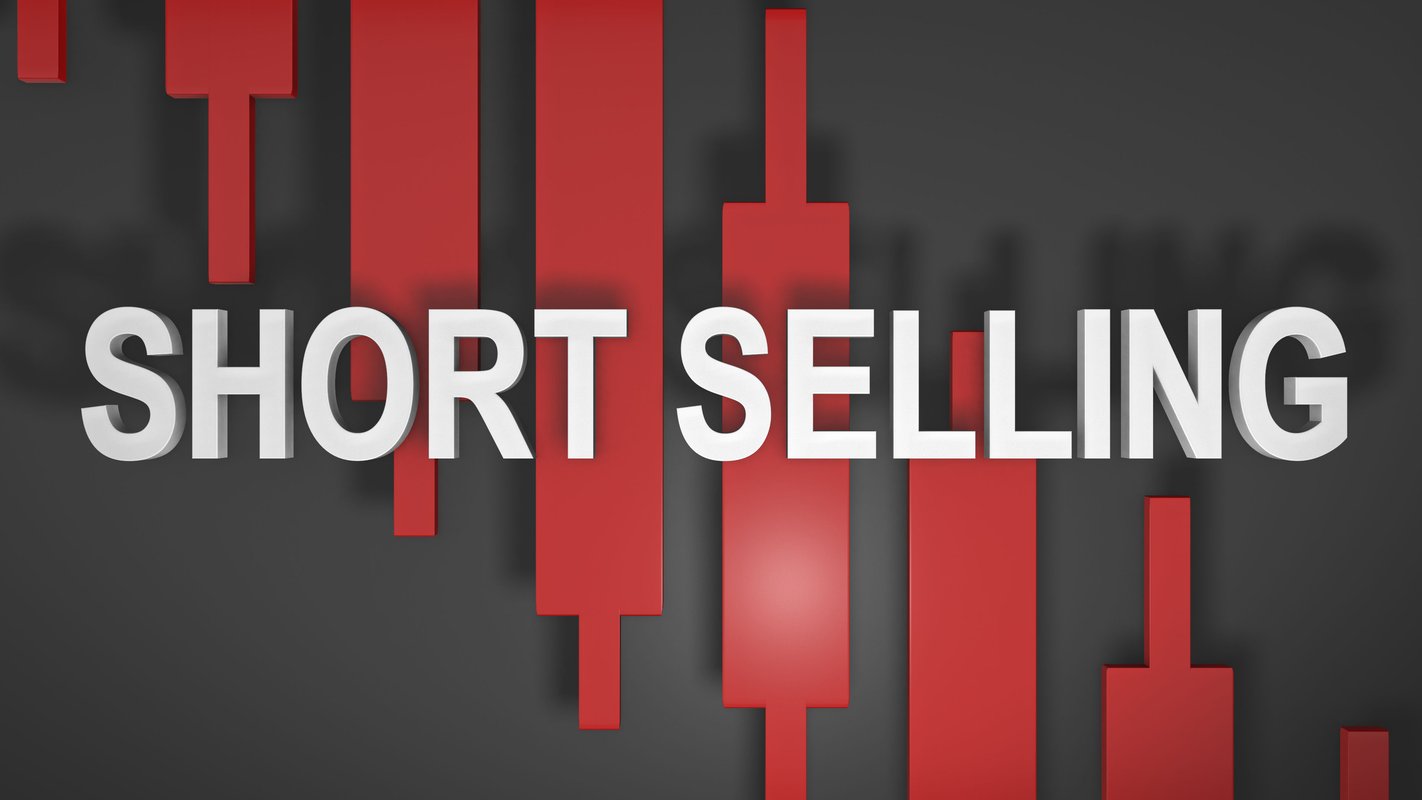 Shares in Chinese drone manufacturer EHang Holdings (EH:US) fell by 63% on Tuesday after US short seller Wolfpack Research – a global financial research and due diligence firm dedicated to protecting investors – published a scathing report on the company.

In the report, entitled ‘EHang: A Stock Promotion Destined To Crash and Burn’, Wolfpack states that EHang is an “elaborate stock promotion, built on largely fabricated revenues based on sham sales contracts.”

Whenever a company is hit by a short attack, it’s always worth turning to data on insider transactions and short selling activity for insights. This kind of data can provide a more complete view of what’s going on and help investors cut through the noise.

So, let’s take a look at the data on EHang Holdings to see if it provides any valuable insights in relation to this short attack.

Before we analyze the data, it’s worth looking at Wolfpack’s claims. The short seller’s report on EHang is a detailed report that makes a number of accusations against the drone maker.

1/ Today we published a report revealing why we believe $EH is an elaborate stock promotion whose sales are largely fabricated & based on sham sales contracts with a "customer" who is more interested in its investment in $EH stock than its products. https://t.co/exfZGcL6WK

Wolfpack’s first accusation is that EHang’s relationship with its primary purported customer, Shanghai Kunxiang Intelligent Technology (‘Kunxiang’) is a sham.

The short seller says that it has gathered extensive evidence including behind-the-scenes photographs, recorded phone calls, and videos of on-site visits to EHang’s various facilities, as well as Kunxiang’s offices and it has come to the conclusion that Kunxiang signed sham sales contracts to benefit its investment in EH.

We visited $EH's "manufacturing base" in Guangzhou, which further showed us that $EH is a sham. There was near zero security, which is unimaginable, or a legitimate factory with supposed propriety technology inside. We walked right in the back door undisturbed. pic.twitter.com/AZq77Gr257

Wolfpack goes on to say that Kunxiang has an “exaggerated physical presence” and that its real operations appear to be a “fraction” of what is claimed.

It states that out of the three addresses listed on Kunxiang’s website, one is a hotel with no Kunxiang presence, one is a 13th floor address of an 11-story building, and one is an office that had only one employee present on a weekday afternoon.

It adds that the only employee on-site at Kunxiang, who claimed to be the finance manager, had no hesitation voicing his disapproval in relation to EHang’s EH216 drone, and instead offered Kunxiang’s own, supposedly much higher quality products for sale.

Wolfpack also has doubts in relation to the financials of the two companies. It states that SAIC files and national credit reports show that Kunxiang was established just nine days before it signed a $65 million sales contract with EHang. Kunxiang only had about $1.4 million of registered capital, meaning it was far too thinly capitalized to actually fulfill this purported sales contract.

It says that according to aviation regulators or experts in aviation regulation in the US, Canada and Europe, EH has only received permits for recreational test flights of its drones in specified areas, below a specified altitude and at a specified time. Wolfpack says that in no way are these permits endorsements of EH’s ‘passenger-grade’ claims, nor are they ‘regulatory breakthroughs’ of any kind.

It adds that EH consistently makes different claims regarding regulatory approvals in the English and Chinese versions of its press releases.

It’s worth noting that EHang responded to Wolfpack’s accusations in a brief statement on Tuesday. In a short update, the company said that it believes Wolfpack’s report contains “numerous errors, unsubstantiated statements, and misinterpretation of information.”

EH also said that it will consider any necessary and appropriate course of action to protect the interest of the company and all of its shareholders.

Turning to the insider transaction data, it’s interesting to see that there has been no insider buying at all since the company came to the market in December 2019.

If insiders are confident in relation to their companies’ future prospects, there is usually some insider buying.

It’s worth noting here that on Glassdoor, EHang has some very poor reviews. This could help to explain the lack of insider buying. 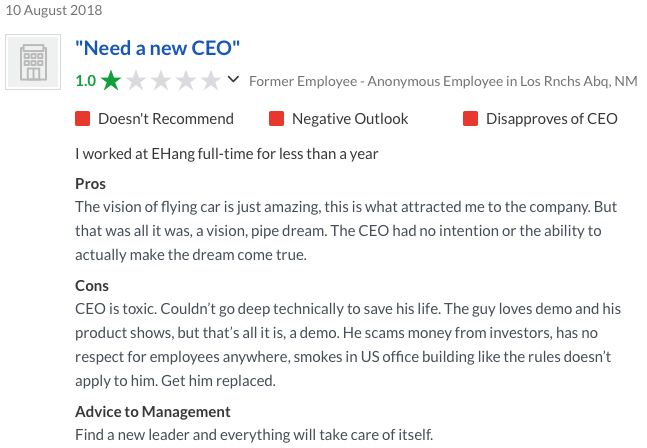 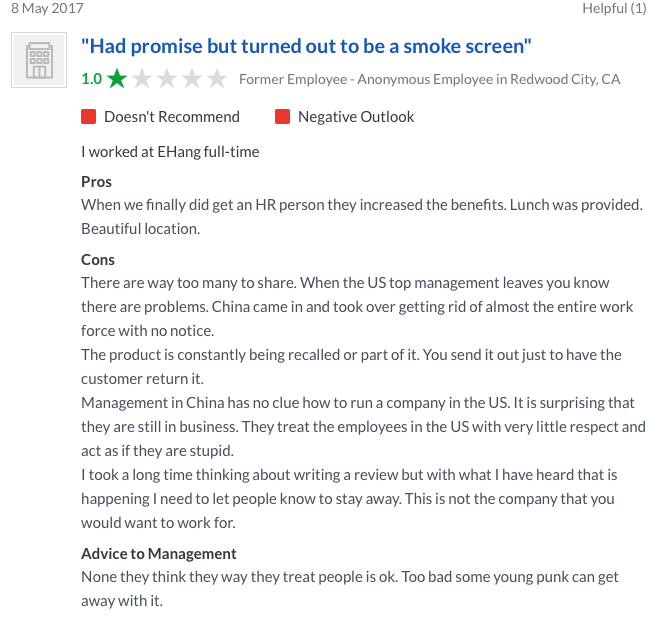 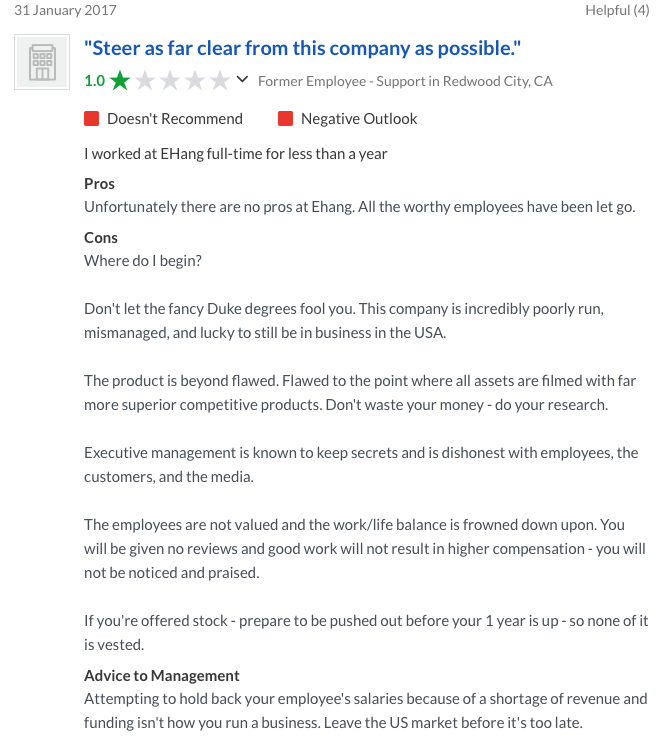 On the short side, there are a few things to note.

Firstly, since the end of July 2020, short interest at EHang has risen substantially. 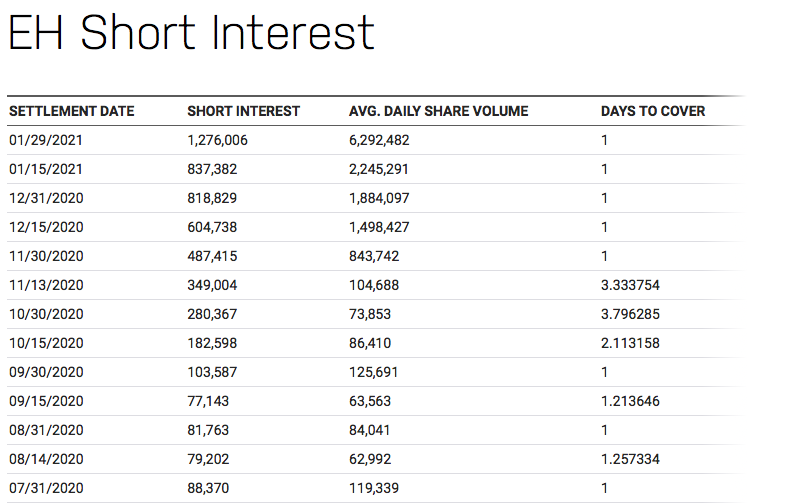 Secondly, our data shows that short interest has risen substantially over the last 24 hours.

Digging deeper into the short side data, we can see that, as of 16 February, utilization was relatively high at 70.83%. Utilization refers to the number of loaned shares divided by the available shares in the securities lending market, expressed as a percentage. It is essentially a ratio of demand to supply. A high utilization rate tells us that there is a strong demand to short a company’s stock relative to the number of available shares.

Finally, it’s worth looking at EHang’s recent share price activity and current valuation to give some more context to the short attack from Wolfpack Research.

This year, EHang stock has had an incredible run. On 12 February, the stock hit $130 after starting the year at $21. That represents a gain of approximately 520% in the space of around six weeks. The two analysts covering EHang stock have a median price target of $24 – well below that price.

EHang has approximately 109.5 million ADR shares in issue. So, at a price of $130 per share, the company was worth about $14.2 billion. The forecast for 2020 sales is $211.6 million, meaning the price-to-sales ratio at that share price was close to 70. That’s a high valuation.

At present, it’s still too early to know if Wolfpack’s claims have substance. The firm appears to have done its research. Yet short sellers are not always on target. We can expect to hear more from both parties in the near future.

There are certainly some interesting insights from the insider transaction and short selling data, however. Our records show that no insiders have purchased stock since the IPO in 2019. Meanwhile, short interest has been rising steadily over the last six months. This indicates that sophisticated investors have been expecting EHang’s share price to fall.

Going forward, we think it’s worth monitoring the insider transaction data closely. If insiders are confident about the future, we would expect to see some substantial insider buying at EHang in the near future.

Hammerson plc is a well known British property development and investment company with a presence...

Top Glove Corporation short attack: What does the insider transaction and short selling data tell us?

Wolfpack’s Short Attack on Skillz: What Does Insider Transaction and Short Selling Data Tell Us?

How to Analyze Insider Transaction Data